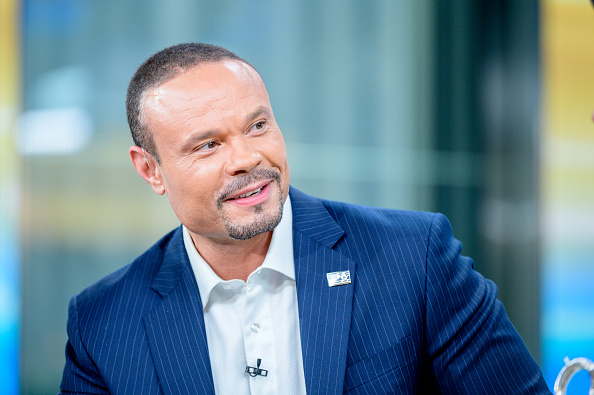 Fox News contributor Dan Bongino says that Democrats are panicking over the prospect of illegal deep state spying being revealed, which would implicate several members of their own party.

Bongino said that the Democrats are now panicking as the Inspector General prepares to release a report detailing illegal spying against President Trump.

Bongino said that President Trump has a responsibility to protect the office of the presidency’s executive privilege from the likes of congressmen like Rep. Adam Schiff (D-CA), who has repeatedly abused his authority, Bongino added, by smearing the president at every turn as a treasonous Russian stooge without any evidence to back it up.

“The first job of the president right now is to protect the presidency,” Bongino said. “The White House counsel and others have to draw the line. This is one of the sleaziest members of Congress, Adam Schiff. He went in front of the American people in a public hearing where people could look at a public transcript and literally lied about it, and then tried to cover his tracks.”

“This is a nationally televised, important hearing and he lied. He’s a liar, this guy,” Bongino added. “Don’t disclose anything to this guy.”

On Monday, President Trump publicly called out Adam Schiff by accusing him of “treason” for allegedly falsifying Trump’s words during a congressional hearing last week.

“Rep. Adam Schiff illegally made up a FAKE & terrible statement, pretended it to be mine as the most important part of my call to the Ukrainian President, and read it aloud to Congress and the American people. It bore NO relationship to what I said on the call. Arrest for Treason?” said Trump on Monday.

The president was referring to Adam Schiff essentially creating a false version of his July phone call with Ukraine President Vlodomyr Zellensky and speaking it out loud during a congressional hearing:

It reads like a classic organized crime shake down. In essence, what the President Trump communicates is this: We’ve been very good to your country. Very good. No other country has done as much as we have. But you know what, I don’t see much reciprocity here. You know what I mean? I hear what you want. I have a favor I want from you though. And I’m going to say this only seven times, so you better listen good. I want you to make up dirt on my political opponent, understand? Lots of dirt, on this and on that. I’m going to put you in touch with people, and not just any people. I’m going to put you in touch with the Attorney General of the United States — my Attorney General, Bill Barr — he’s got the whole weight of American law enforcement behind him.